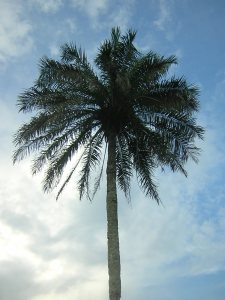 Yes! Success! I think I actually said that out loud in the tiny baggage pick up. Went through customs, bought a cell phone ($50 for phone and $25 worth of minutes. I can call the states but my questions about how the cell phone worked went unanswered by the saleslady.) And ran straight into the security guard of necessity. He told me to follow him and we walked up to one of my gracious hosts, a small older man with a big round head and smile lines…everywhere. He was very nice. He gave me a kiss on both cheeks at meeting, seeming very French for a minute. (I have since learned that it’s customary to bump cheeks on meeting a friend, sometimes men bump forheads if it’s really important). We talked a little on the drive. At this point, I wasn’t really exhausted anymore from the flight just shell shocked that in all actuality, I had arrived at my destination. Sort of. It’s a 3 and a half hour drive on one of the worst roads I’ve ever seen from Monrovia to Gbarnga (pronounced banga). We went through a few check points, which terrified me even though the “police” were never armed. And only once did they ask for money.

The towns we passed showed the devastation of the war and the progress that humans are capable of. Buildings with no roofs were remnants of burned out, picked over places but in between were thousands of houses and huts. They looked like the western view of a hut, one or two room, short and squat with room for sitting in front or sometimes a little side area covered for cooking, usually connected or very close to one another. Some of them, the most ramshackle, I later found out were used for farming during the day, as a sort of second house by the fields where the children can play and the women and men can store anything they can’t carry back. Except for the lack of running water, I don’t think I would mind living in a hut…assuming the country was wired with internet.*

Other than that, the ride was uneventful and I slept on and off. I have no idea how my host** managed to stay awake that whole time, though he drove as if playing a game called avoid potholes where lines and edges were not in the rules.

Arriving, I met a lot of people. I mean a lot of people. Luckily there are some duplicate names and some very familiar faces (thanks to Matt who showed me pictures and talked so highly of everyone here that I already feel like I know them). I met the famous boys, who both greatly appreciated Matt’s gifts of mp3 players, as well as people visiting from the Liberian Ministry of Health for a workshop and DEN-L staff. I knew there would be workshops but I did not realize they would be so large and have so many high ranking people. The rest of the night involved non-stop conversation with the boys, mostly because I felt like I already knew them and they were the only people on the compound who knew I was female (there was a misunderstanding/miscommunication). I also talked to the maintenance manager who started talking about the war and human rights. No questions needed.

*yes, this is a completely western idea, but there’s a rant that follows so bear with me…or don’t. You know, you can skim blogs.
**I’m taking out names, it just seems better that way.

One thought on “Panic. Pause. Panic. Is that my bag?”